Even as a child, he wanted to find his own answers, rather than asking an adult. Johan Thunberg is now a researcher in mathematics and is working on a new scientific theory of synchronised systems. 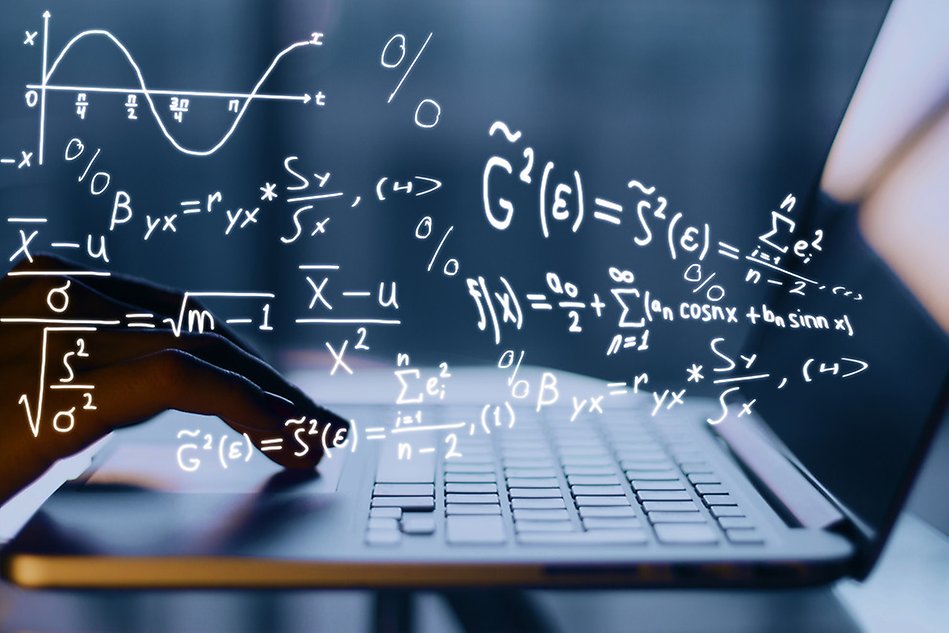 “My wife gets frustrated with me sometimes when I disappear into my thoughts. At first, she thought it was charming, but over time it started to annoy her. So it's something I have to work on in my private life...”, says Johan Thunberg

Johan Thunberg laughs a little. The fact that he can be completely absorbed by a thought is far from just a problem. It is an asset in his work as a mathematician, and a quality that brought him to the job he has today. Mathematical questions have occupied his mind since high school. Finally, he thought that if he could not get rid of them, why not engage in them full time? Now, he does just that, as a researcher and teacher at the School of Information Technology. Johan Thunberg’s largest research project right now is about synchronisation and consensus. ’Almost global consensus’, more precisely.

A good framework for mathematical models

Synchronisation means that events occur simultaneously. The phenomenon exists both in nature, for example when birds fly in flocks, and in technical and digital systems where it often is a requirement that things happen at the same time. Synchronisation can be described using mathematical models that make it possible to draw conclusions about the systems. 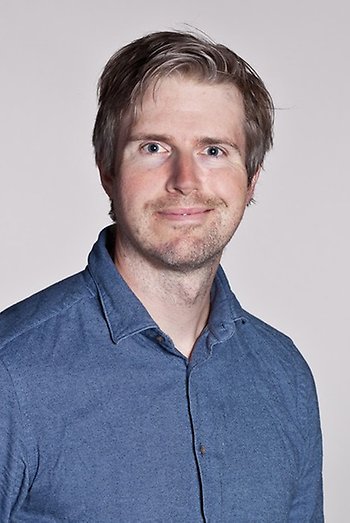 “We may, for example, have created a mathematical model that works given certain observations. It may describe units that begin to oscillate, that is swing, in phase. Can we then know that they will oscillate in phase regardless of the starting conditions, or did they just happen to do so in our particular observation? Do they converge for almost all initial conditions, or can we determine an exact region where they do so?”, says Johan Thunberg.

In this context, convergence means that separate units in the system gradually become more equal. If they reach the same value, the system reaches consensus, and if this always happens, the system has the property of ’global consensus’.

To create a useful mathematical model, it is important to study a suitable framework. Johan Thunberg’s framework is something called Stiefel manifolds or orthogonal matrices. This can be used to describe, for example, different types of movements or complex shapes. When used to describe movements, the matrices sometimes converge to the same value. For some matrices, this almost always happens. There can only be exceptions in theory. The systems have the feature of almost global consensus and Johan Thunberg’s goal is to develop a complete mathematical theory for this.

“Global consensus is very well studied already, but mostly for linear systems. As soon as the model is non-linear, it becomes much more difficult. In our research project, we want to cover almost all systems of a certain type and show what is possible in terms of convergence”, says Johan Thunberg. 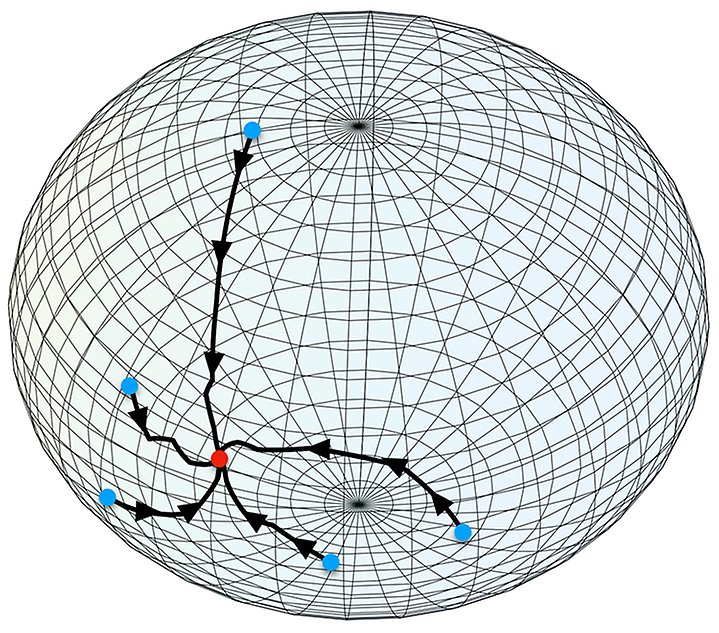 The image illustrates how five different values converges on a surface of a sphere. They take different paths but still end at the same point.

You never know how the theories are applied

When Johan Thunberg tackles a problem, he usually thinks it through before he starts writing it down. He describes it as creating a mental map in his head of where he is going, and fixing the details along the way. But he has a colleague who instead counts, page after page, to see where she ends up. Other colleagues start by simulating in mathematical computer programs to confirm that they are heading in the right direction.

“Not everyone works exactly like me, so we complement each other. That is good.”

Johan Thunberg has wondered whether he can bring the research into his teaching, but it is not so straightforward. He is a teacher for first-year engineering students and they have only had time to learn the basics of what Johan Thunberg works with. Maybe he can help them get a bird’s eye view of what they are doing, and to see where they are heading.

The goal of the research on Stiefel manifolds is to improve the mathematics itself by completing the theories. The models should also work for what is called ’higher order space’, which means more than the three dimensions we live in – maybe a hundred dimensions. Then it is not exactly something that can be introduced into engineering science, states Johan Thunberg. But sometimes he is surprised at how his results can be used in practice.

“I heard from former colleagues that our previous results were used to solve a problem that had to do with the orientation of submarines when they rotate underwater. So you never know what the theories may be applied to – but something will happen, I think!”

The research project Synchronization on Stiefel Manifolds: a Theory on Almost Global Consensus runs for three years and is financed by the The Swedish Research Council.