In 1983, Halmstad University was recognised as an independent institution. At that time, it had a few hundred students and a staff of 40 people. Currently, the University has over 12,000 students and 600 employees. Here are some highlights from the history of the University.

Another successful year. Thirteen new professors were inaugurated and ten prosperous years as a KK Environment were summed up. A new research strategy was decided. The University hosted the international conference New Business Models. The interest in the University’s education programmes broke all records. 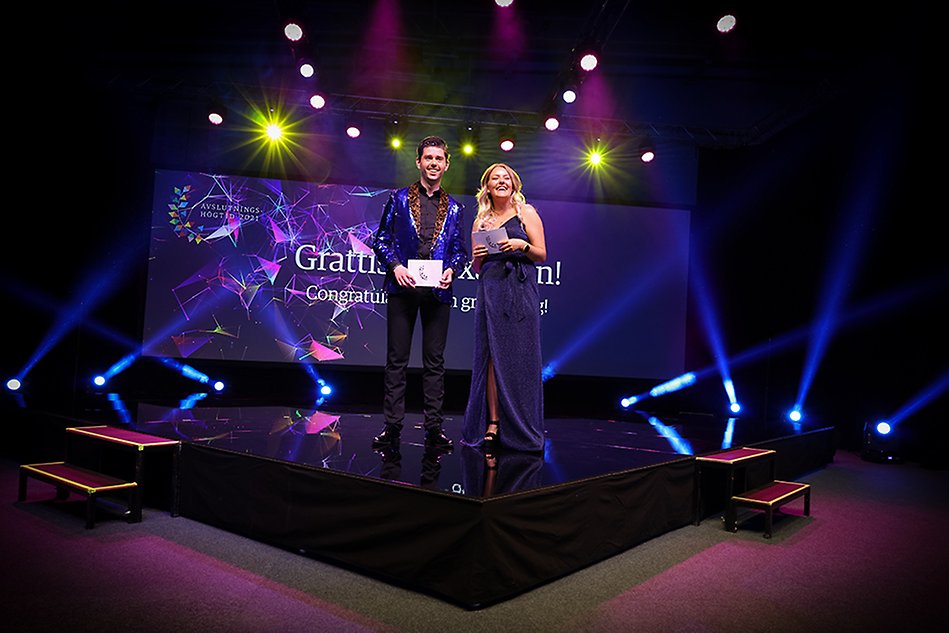 The year was characterised by the covid-19 pandemic and major changes. The University took great social responsibility to ease the effects on the labour market through specially adapted courses for professionals. Among the delights during the year were that a record number of people applied for the University’s programmes and courses, 32 percent more than the year before. Two new education programmes started: Social Work Programme and Master of Engineering in Mechanical Engineering, Sustainable Design. A new regional innovation centre for information-driven care, Leap for Life, was established. A new honorary doctor in Innovation Sciences was appointed. The School of Business, Engineering and Science changed its name to the School of Business, Innovation and Sustainability and moved into completely renovated new S building. 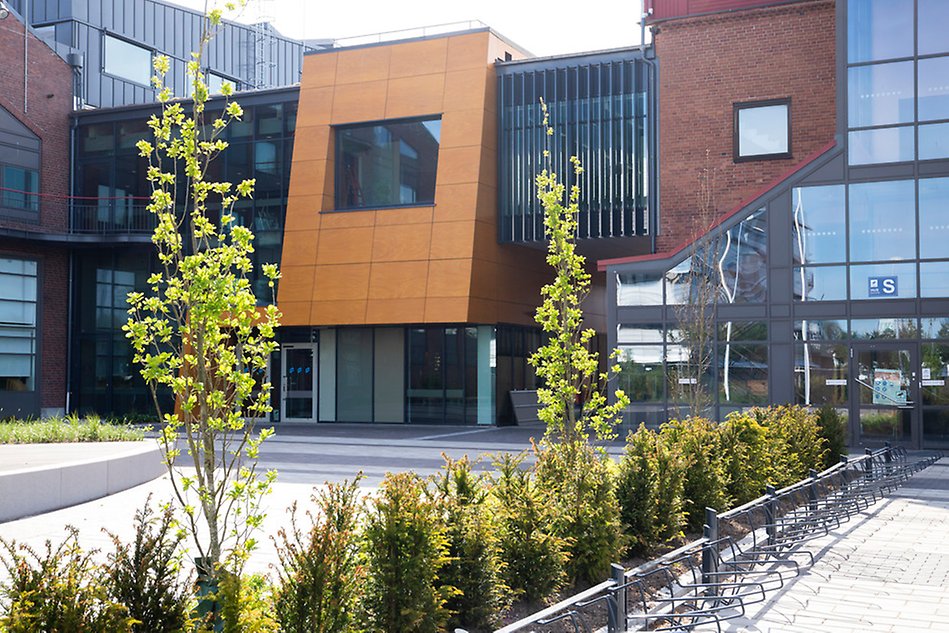 2020: During the autumn the School of Business, Innovation and Sustainability moved into into the new S building which has been completely renovated with starting point in sustainability, indoor environment, collaboration and flexibility.

Halmstad is appointed The Student City of the Year. Common Core is launched – a concept with compulsory common courses for all students. The University Governing Board decides on three goals for the University. 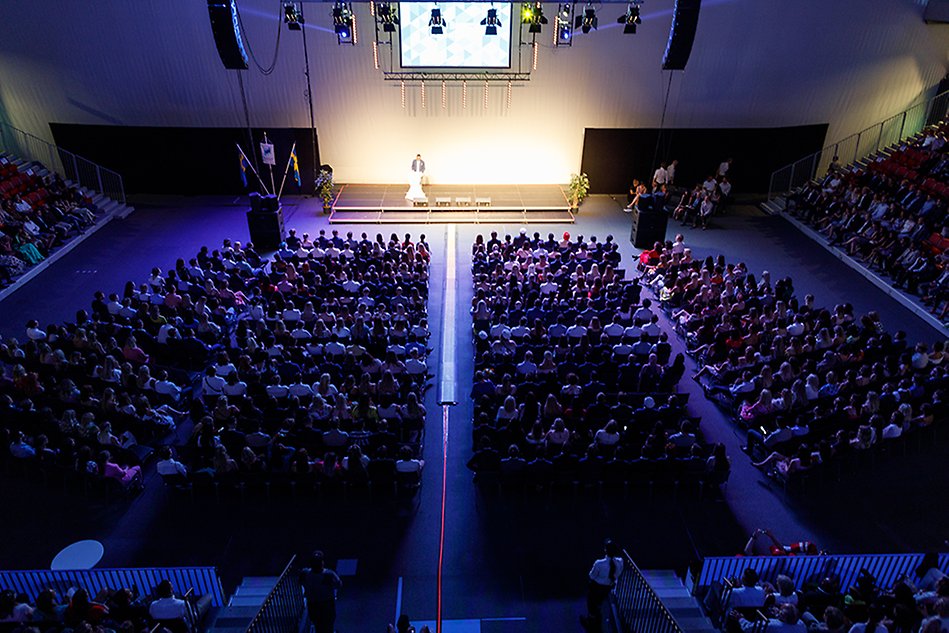 The University is scheduled to become a national university of sports in 2018. The collaboration arena and learning environment Health Lab is initiated, the volume of research increases and applications from international students are almost doubled. The University continues to be a force in the development of the region, through (among other things) agreements with the municipality. Stephen Hwang is inaugurated as new Vice-Chancellor, Harald Castler takes over the presidency of the University Governing Board and Catarina Coquand becomes the new University Director. Anders Nelson becomes the first Deputy Vice-Chancellor with specific responsibility för collaboration, internationalisation and innovation. During the Academic Ceremony, three new professors are inaugurated and four new doctors are conferred. Hans-Erik Eldemark becomes the first person to receive the newly established Prize for Collaboration and Innovation.

In September, Vice-Chancellor Mikael Alexandersson leaves his position after five years at Halmstad University. Pro Vice-Chancellor Thorsteinn Rögnvaldsson substitutes as Vice-Chancellor during the recruitment process. On November 18, the University celebrates its Academic Ceremony for the tenth time, where seven Professors are inaugurated. The day also marks the start of the Digital Laboratory Center (DLC), which opens during the festivities.

The Electronics Centre in Halmstad (ECH) is inaugurated, and a new main entrance is built. Several international collaborations in, among other places, China, Brazil, the United States and India, are started or strengthened. The University makes several major organisational changes: the five schools become four, and the eight research environments become six in number. Also, the central administrative support is reviewed and reorganised. 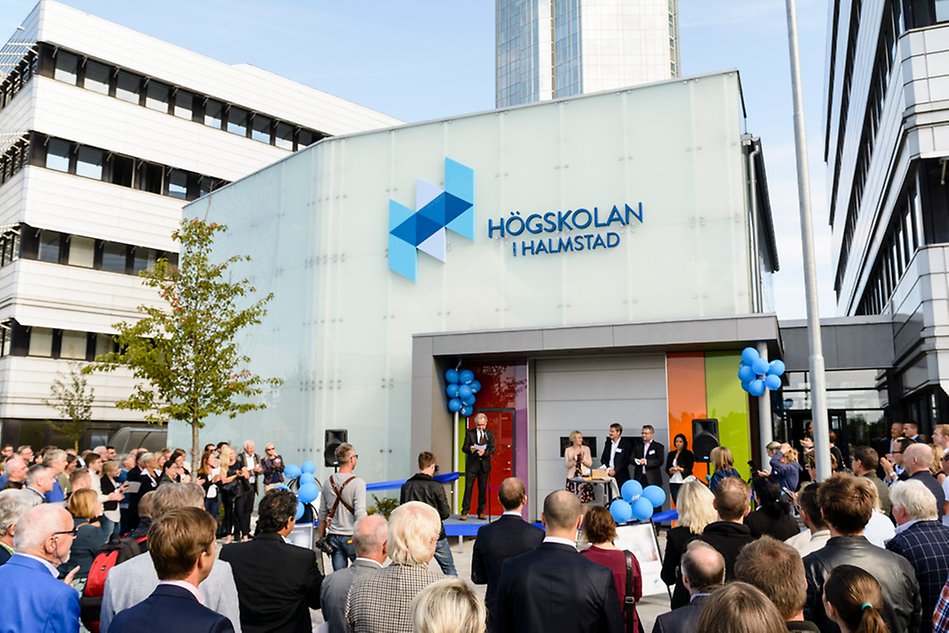 The number of educational programmes is heavily reduced while the level of research increases. Many educations are once again top ranked in societal collaboration. The theme Health Innovation, a University spanning venture, is launched, as well as a doctoral degree in Health and Lifestyle. The Centre for Educational Development (HPC) is established at the University, as well as a Bennet professorship. The University's first Civil Engineering programme also starts this year.

The University receives the right to independently conduct research training and award doctorates for Health and Lifestyle. The School is also granted the right to award degrees for Civil Engineering. In the same year, the University institutes the Assessment of Research and Coproduction – an international evaluation of all the University’s research, more than half of which is classified of international calibre. Thorsteinn Rögnvaldsson is appointed Pro Vice-Chancellor and Pernilla Nilsson is appointed Deputy Vice-Chancellor. The University also celebrates its 30th anniversary and launches a new logo.

This year marks the beginning of major changes at the University, beginning with its profile – that is, shaping what distinguishes the University. At the end of the year, the board of the Knowledge Foundation decides to grant the University SEK 70 million for research and co-production of innovation.

The University welcomes its new Vice-Chancellor Mikael Alexandersson. This is also the year the University is designated an environment of knowledge and expertise by the Knowledge Foundation, named Research for Innovation.

The University receives the right to conduct research in the third cycle and to award doctoral degrees in two profile areas: Information Technology and Innovation Sciences. Karin Starrin is appointed chairman of the Board of Governors; with Carina Ihlström Eriksson as Pro-Vice-Chancellor.

As the first small university, Halmstad University is given the right to award Master’s degrees in Business and Economics. This year also marks the beginning of the Health Technology Centre of Halland (Hälsoteknikcentrum Halland, HCH). This is a three-year project financed by EU Structural Funds and the Halland Development Council and arranged by Halmstad University. Romulo Enmark is reappointed as Vice-Chancellor for a further three-year period and six new Professors are appointed.

The University is awarded the right to offer Master’s degrees in Health Science. Science Park Halmstad is inaugurated and a new graphic profile is launched. The University celebrates its 25th anniversary and now has around 40 Professors.

The University gains the right to award Master’s degrees in Computer Technology, Innovation, and Entrepreneurship. Six new Professors are inaugurated.

The newly-built Health and Sports Centre is inaugurated. Marita Hilliges is appointed Pro-Vice-Chancellor and four new Professors are appointed.

Halmstad University establishes a cooperation agreement with Örebro University and Skövde University on research within the fields of engineering and technology. Romulo Enmark is reappointed Vice-Chancellor.

The University campus area is designated the Baertling Quarter, featuring some of artist Olle Baertling's works of art.

The University is re-organised into interdisciplinary schools. Romulo Enmark is appointed Vice-Chancellor.

The first public defense of a doctoral thesis at Halmstad University is presented by Magnus Jonsson. Four years later he is appointed Professor.

The University is granted permission to establish a number of professorships.

The College of Nursing is integrated into the University.

The University receives the right to award Master's degrees.

The University moves to Larsfrid in the eastern part of Halmstad.

Halmstad University is formally inaugurated as an independent University, with Sven-Ove Johansson as Vice-Chancellor.

The institution is established in the western part of Halmstad.

The institution begins to offer individual courses for after-school assistants as well as sports education.

This year marks the beginning of higher education. Jan Arvidsson is in charge.

Halmstad is appointed by the Swedish Parliament as the site of a higher education institution.

Pre-school teacher education is established as a pilot project.

The N-committee is set up to pave the way for a university in Halmstad.