Per Nilsen, Visiting Professor in Implementation Science and Bennet Professor at Halmstad University, focuses his research on the theory-to-practice gap. On why it takes an average of 17 years for research results to reach clinical practice, and on the utilisation of research results in healthcare and society.

“I like Immanuel Kant’s thesis: Experience without theory is blind, but theory without experience is mere intellectual play.”
Per Nilsen, Visiting Professor in Implementation Science 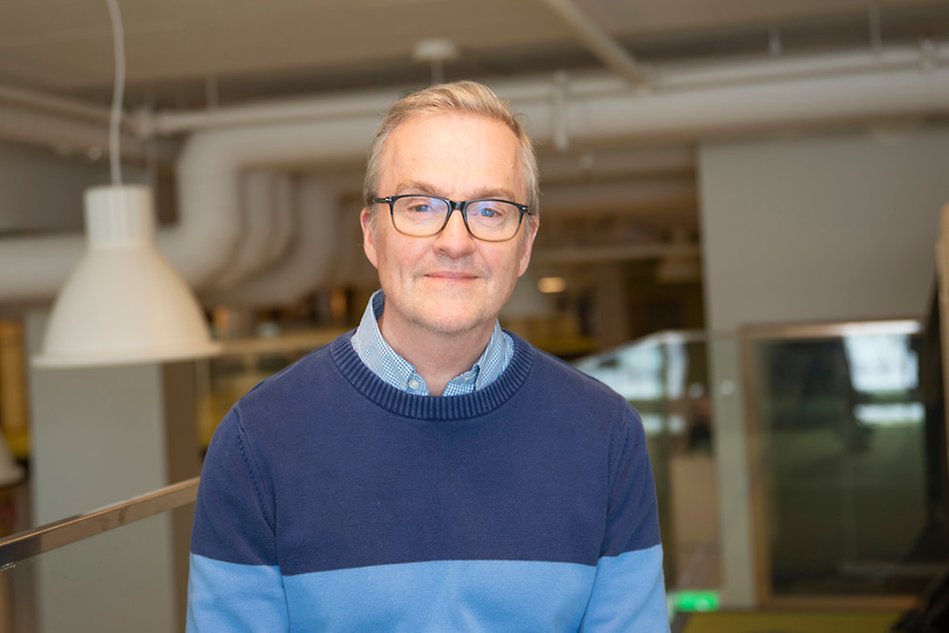 Per Nilsen is Visiting Professor in Implementation Science and Bennet Professor.

Per Nilsen’s implementation research describes how to introduce and use new knowledge in healthcare. For a period of three years (2021–2023), he has been appointed Bennet Professor at Halmstad University, to further strengthen the University’s research and education within information driven care solutions in healthcare as well as health innovation.

“It is not until research is put to use that the patients and the population can benefit from it.
However, change is never unproblematic, regardless of whether it concerns individuals or organisations. It is frequently stated that it takes an average of 17 years for research results to reach clinical practice. It is of course a simplification, but the fact remains that the process often takes longer than desired”, Per Nilsen says.

About the Bennet Professorship

Since 2014, the company Carl Bennet AB has been funding a professorship at Halmstad University, called the Bennet Professorship.

In May 2021, visiting professor Per Nilsen was appointed Bennet Professor.

Julie Reed, Visiting Professor and researcher in implementation and improvement work in healthcare, also holds the title of Bennet Professor until the end of the year. Her research focuses on how to bring about improvements in complex social systems, with a focus on health and healthcare.

Implementation science has developed rapidly during the 21st century. Implementation research is generally about studying how research results are implemented in an organisation, where the ambition is to understand how research and evidence-based methods can be translated into everyday use. Per Nilsen explains that you can think of it as studying a change of behaviour and the challenges that come with it. The research is very relevant when it comes to understanding the challenges that exist around the implementation and use of artificial intelligence in healthcare.

“I experience a great interest in implementation related issues when I am lecturing. Today, e-health and artificial intelligence are relevant topics with strong external ‘implementation pressure’, however change is often difficult”, Per Nilsen continues.

“I had completed my thesis three years earlier and was offered a key role in the new project. I got to lead an operational group consisting of junior researchers who all had an interest in the area. The region contributed to the financing of an ambitious research programme, including the recruitment of doctoral students, development of courses at master's and doctoral levels and an anthology of implementation science.”

Per Nilsen is a business administration and economics graduate with a behavioral science focus. His doctoral thesis focused on the organisation, rather than the individual – a background that he believes is quite unusual in health-related research, but which has been very useful in implementation science:

“I have great faith in interdisciplinary and interprofessional collaboration. The understanding of complex social issues is facilitated by different perspectives and approaches. In addition, I believe that such collaborations often become creative. I have supervised many PhD students with a background in healthcare – doctors, nurses, physiotherapists and occupational therapists – and I find that the encounter between theory and practice often is very rewarding. I like Immanuel Kant’s thesis: Experience without theory is blind, but theory without experience is mere intellectual play.”

Implementation research focuses on understanding which obstacles and facilitating factors affect the introduction of new innovations, both from the perspective of the individual and the organisation, and in different contexts. Based on this knowledge, strategies are designed to support implementation by addressing the barriers and the facilitating factors.

Within information driven care, the focus is on creating methods and processes to implement innovations. It has the potential to create value through increased quality, safety and efficiency in healthcare and contribute to knowledge based on advanced analysis of healthcare data.

Working in an evidence-based manner means merging expertise and available knowledge when making decisions. Evidence-based care is about ensuring that you have the best available evidence for the treatment and recommendations that are given.

Per Nilsen is also eager to convey knowledge about the writing and publishing process itself. For some time, he has taught a doctoral course in scientific writing at his home university, Linköping University, called “The Art and Science of Scientific Writing”. The course is usually full long before it starts, and it is particularly popular among doctors and nurses who conduct research.

“I believe that my role as a professor has several functions, including teaching implementation science, supervising doctoral students, acting as a mentor to junior colleagues, writing research applications, initiating and running projects as well as conveying knowledge about implementation science and contributing to the spread of the area in Sweden as well as internationally.”

This is where his collaboration with Halmstad University comes in. Per Nilsen was already aware of the University’s work in artificial intelligence (AI) and had seen parallels to the implementation of evidence, which is to say that AI has the potential to improve healthcare.

“When I received the question from Halmstad University if I was interested in participating in the development of the research around AI implementation, I was immediately positive. There isn’t much done in that area, so it sounded like an exciting challenge.”

However, research is not Per Nilsen’s only passion. He also has a great interest in rock music and has written several books about, among others, David Bowie, Iggy Pop and Prince. For twelve years, he published a magazine about Prince and all his projects called “Uptown”.

Per Nilsen has a great interest in rock music and has written several books on the subject.

“For me, research is closely related to artistic practice. In the early 2000’s, I published books until I started doing research. I tend to think that I got a large amount of practice writing in English, which is the first language of choice in research, at least in the West. I definitely reached the 10,000 hours people claim are needed to become proficient in a certain field.

When Per Nilsen started doing research in 2002, this interest quickly took over. He describes it as “coming home”. Research quickly became a passion and has been so for 20 years. At the same time, his interest in music is very much alive and as recently as last year, he published a book about the American rock band Iggy & the Stooges.

“It is hard to keep up with writing about music now that the research takes up so much of my time. However, it’s not something I regret, because research is an absorbing interest”, Per Nilsen concludes.

Per Nilsen was born in Täby, just north of Stockholm. He has a bachelor’s degree in Business Administration and Economics specialising in Behavioral Science from the Stockholm School of Economics. After graduation he worked as a consultant in Human Resource Management together with a fellow student.

In parallel to consulting, he wrote internationally published books on rock artists such as David Bowie, Iggy Pop and Prince.

In 2006, Per received his doctorate from Linköping University with the thesis “Opening the Black Box of Community-Based Injury Prevention Programmes”.

Per Nilsen became a Docent in 2008 and a Professor of Implementation Research in 2013 at Linköping University, where he currently works at the Department of Health, Medicine and Care. Since May 2021, he has been a Visiting Professor at Halmstad University and holder of the Bennet Professorship.