Social norms as a tool against corruption

Giving your teacher a gift may not be the first thing that comes to mind when you think about corruption. However, research about reducing dysfunctional and corrupt practices in schools shows that informal social norms, even though carried out with good intentions, could result in unequal and discriminatory treatment of students.

“The findings suggest that within the context of the school system, the informal norms function as pragmatic responses to the weaknesses in the country’s educational system.”

Thomas Labik Amanquandor, Ph.D. student and Research Assistant at Halmstad University, started working in anti-corruption research about two years ago due to an ambition to contribute to the fight against poverty and precarity. In his research, he explores the role of informal social norms in reducing corruption in public and private schools in Hanoi, Vietnam. Focusing on the correlation between informal and formal anti-corruption norms within institutions and organisations makes it possible to unearth aspects of these informalities that can be harnessed by anti-corruption strategies to reduce corruption effectively. The research results have been surprising to him. 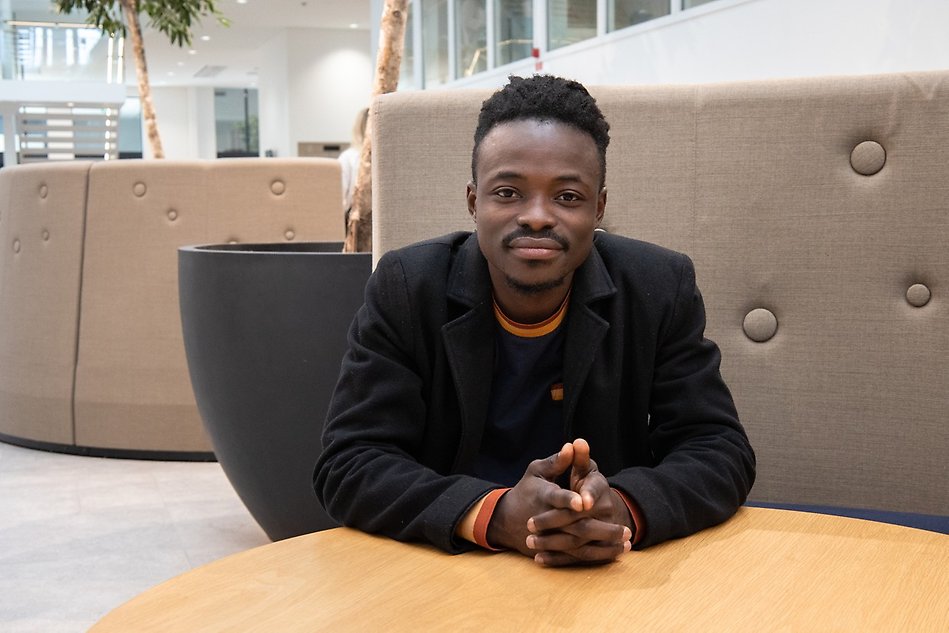 When and where are you born?
I was born on the 1st of April 1993 at Cantonment, Accra-Ghana.

What are your plans for the future?
In a few years, I would like to complete my doctoral research on the role of informal norms in the implementation of South Africa’s Anti-corruption strategy 2020-2030 among local government institutions. In the long term, I plan to contribute immensely to the theory and practice of anti-corruption in Africa through the Sociology of Law research.

After a two-month ethnographic study in Hanoi, he found that the informal social norm and practices in various public and private schools included parents’ payment of teachers for extra classes to ensure better school results for their children. It also included parents’ contribution of money towards the provision of equipment in classrooms and showing gratitude and respect to teachers by giving them gifts on five to six occasions per school year. Such informal norms can reduce the efficiency of anti-corruption initiatives or regulations, especially when the norms contradict these initiatives.

“The findings suggest that within the context of the school system, the informal norms function as pragmatic responses to the weaknesses in the country’s educational system. Consequently, they are not in themselves dysfunctional or corrupt, and they are widely accepted as the normal things to do”, Thomas Labik Amanquandor says and continues:

“Notwithstanding, some of the parents and teachers also admitted that these informal norms and practices sometimes result in unequal and discriminatory treatment of students whose parents cannot afford to conform to them. Consequently, they sometimes become dysfunctional and corrupt practices that hinder the quality of education.”

Thomas Labik Amanquandor argues that those who make efforts to reduce the levels of corruption, resulting from the dysfunctional aspects of these informal norms and practices, must acknowledge the norms as institutionalised social practices that are part of everyday life. Therefore, anti-corruption interventions must not focus on eradicating these informal social norms entirely, as this might threaten social structures. Instead, anti-corruption interventions should actively engage teachers, parents and school administrators in reforming the dysfunctional aspects into functional norms and practices in line with educational quality.

“Our knowledge and understanding of the intricacies between informal norms and corruption can be critical when designing and implementing counteractive strategies that can be effective in combatting corruption, especially within non-western societies”, he says.

Read the article in Swedish