As Donald Trump was winning the presidential election, researcher Frida Stranne reported live from CNN in New York for the Swedish tabloid Expressen. But Halmstad University’s most well-known researcher struggles with the attention and her role in the media logic.

It’s December in Halmstad and Christmas is only a week away. Frida Stranne, University lecturer and PhD in Peace and Development Research, is taking a short break after a lecture.

The subject for today is Donald Trump and his campaign and the question up for debate is: What happens now, after the election?

It’s the same questions that she, as an ’expert on American politics’ has been dealing with on a daily basis over the past months. 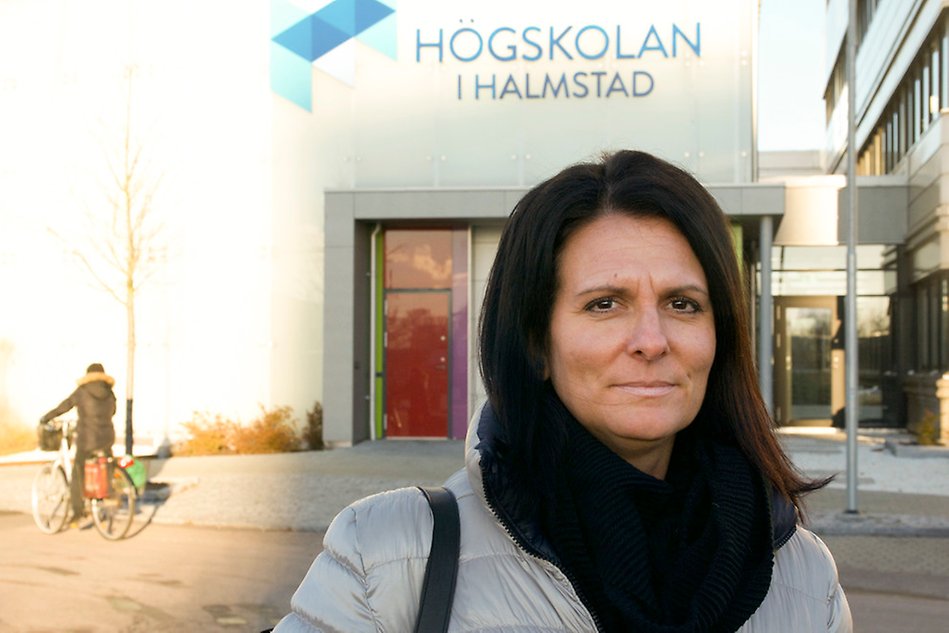 Expert a worn out word

She is sceptical of the term ’expert’ in times where self-appointed experts seem to be everywhere.

”I think it’s important for researchers to take part in the media and the public debate, now more than ever. If we don't claim that space, someone else will. But the terms are hard and it means great exposure. In the end there is a risk that you can’t take it”, says Frida Stranne.

It was the fourth presidential election that she covered on location, in America. Media attention surrounding the election, the campaigns and the candidates has been enormous. And the pressure on her as a researcher and political commentator has grown as a result.

”This year has been chaotic. I have gotten calls from journalists just about every day. I was travelling for more than a hundred days in Sweden and abroad. I’ve been working most of my waking hours. There’s always something happening in American politics and if you are in Sweden, it all happens during the night.”

Despite her public role, Frida Stranne has a complicated relationship with the media.

”One of the reasons I said yes to Expressen was that I believe that research-based knowledge should be available where the young people are and to those who usually don’t follow the political discussion. It’s not a prioritised arena for a researcher, and that’s why I’ve been there”, says Frida Stranne, who wants to broaden people's perspectives on American politics.

”It’s the same reason why I started the blog amerikaanalys.se, and got Uppsala Professors Dag Blanck and Erik Åsard to join me.”

Many of the statements Donald Trump made during his campaign were lies. How do you deal with that as a researcher?

”The only thing you can do is offer facts and arguments. I can’t tell people what to read, but I can make sure there is an alternative view out there. The most important thing is to give an explanation for what is happening and why”, says the researcher, who wants to make facts go viral in a time of filter bubbles and fake news.

Frida Stranne is surprised by the campaigns, the low blows and the lies. But she’s not surprised that Donald Trump won the election.

”I’ve followed the changes in American society over a number of years, I’ve seen the frustration and heard the increasing mistrust for the establishment and the politicians.”

Donald Trump personifies the anti-establishment movement and the American dream, a concept that Frida Stranne has studied in previous research.

A campaign in social media

Now, after the election, she will study the importance of Donald Trump's social media campaign.

”My research will focus on his Instagram campaign and how effectively it played on the sentiments of many Americans.”

When Donald Trump is sworn in as the 45th president of the United States of America today, Frida Stranne will be there to witness it, for her research.

The man who was considered a funny character before the primaries is now to take office as a world leader.

His views and the views of his closest advisors give cause for concern:

”If you believe in human rights, if you believe in climate research and if you don’t think military action is the right way to resolve the chaos in the Middle East, I would say that this is a great danger. And for those reasons I am very concerned. I think we are heading for uncertain times with social antagonism in America, and an unpredictable president who has to handle all of that, and a world in turmoil. Yes, it gives cause for great concern”, says Frida Stranne.

The blog Amerikaanalys (mainly in Swedish)