Could less fuel have been used? That is a question asked in new research from Halmstad University. Since both the environment and company finances benefit from lower fuel consumption, it is important to investigate driver responsibility irrespective of load or weather conditions.

”My research thesis is about estimating how good a truck driver is in optimising fuel consumption. In other words, I want to be able to say whether less fuel could have been used in a specific situation if the driver had driven differently”, says Iulian Carpatorea, PhD student in Signal and Systems Engineering at Halmstad University.

In his licentiate thesis “Methods to Quantify and Qualify Truck Performance”, fuel consumption accounts for about 40 percent of vehicle operation costs. To reduce costs, it is for that reason important that the drivers are efficient in their driving. Since most of the goods within Europe are transported by truck, lower fuel consumption would also have a positive impact on the environment. 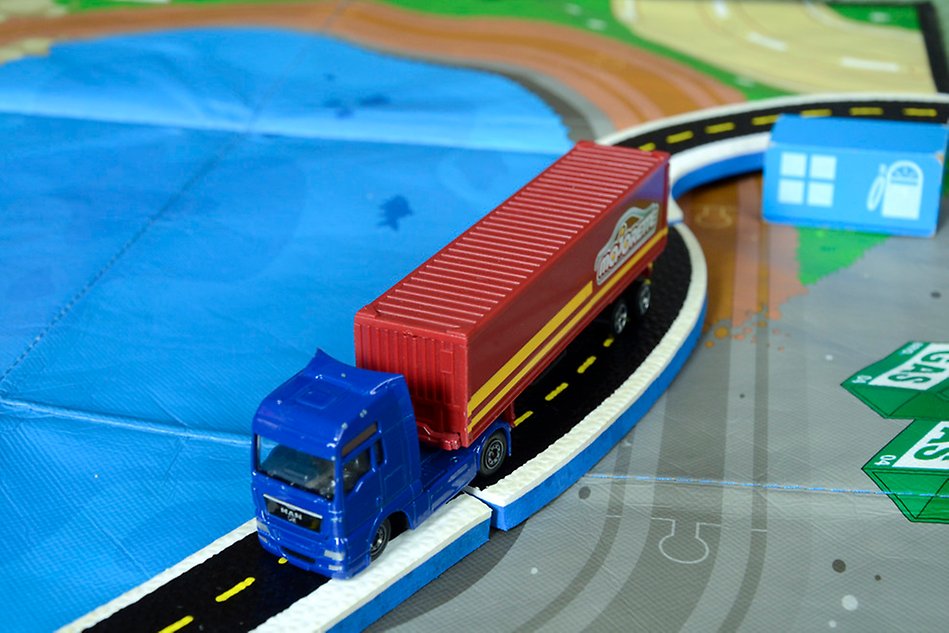 The methods used for calculating truck fuel consumption today are based on statistical averages, like percent of driving time used for breaking and time spent accelerating, which in these methods give different ‘scores’ for the driver. Iulian Carpatorea introduces two new methods to measure how the driver is acting in real driving situations.

”My methods also give the driver a score, but also aim to explain the evaluation behind the score, to say where, and why, during a stretch of driving the driver acted in one way or the other, says Iulian Carpatorea, and adds that one more important factor is being able to do that assessment even if important data is missing.”

One example of a driving situation is when the driver enters an area predisposed to heavy traffic. One type of behaviour is alternating between accelerating and braking, which is not very efficient from a fuel consumption point of view. A better way would be to lower the average speed to reduce variations. Another example would be going up a hill, when the speed a vehicle has at the start of the climb affects the fuel use all the way over the hill.

”However, the most common reason for sub-optimal driving is the lack of anticipation, i.e. the sudden use of braking.”

”It is desirable to measure the driving without weather or vehicle load interfering with the result, or a driver in a truck with a light load, for example, would always have better performance than a driver in a heavily loaded vehicle.”

There is much work to be done in this field, concludes Iulian Carpatorea. The methods he has introduced can be further expanded.

”At the moment, my colleagues and I do our work offline, i.e. data is recorded with help of sensors, and is delivered to us for analysis. But there is also potential for adapting our work to an online environment and give the driver feedback in real-time.”

FPC (Fuel and Predefined Conditions) makes use of already known facts in order to incorporate the effect of factors that are not being measured. These could include wind speed and direction or tire pressure. Based on a set of assumptions, these unmeasured effects can be calculated, and the contribution to the influence of these variables can be estimated. This is required to be able to calculate the influence of the driver.

Research at Halmstad University is often conducted in close collaboration with industry.