How we walk can tell us a lot about our wellbeing, and also about future health problems. Siddhartha Khandelwal, with his colleagues at Halmstad University, have created a unique database with walking data collected in different environments. They are also developing a mobile platform that will allow future researchers to easily collect and analyse such data themselves using medical-grade sensors and smart phones. Siddhartha Khandelwal is also working to get past a huge paradox in the field. 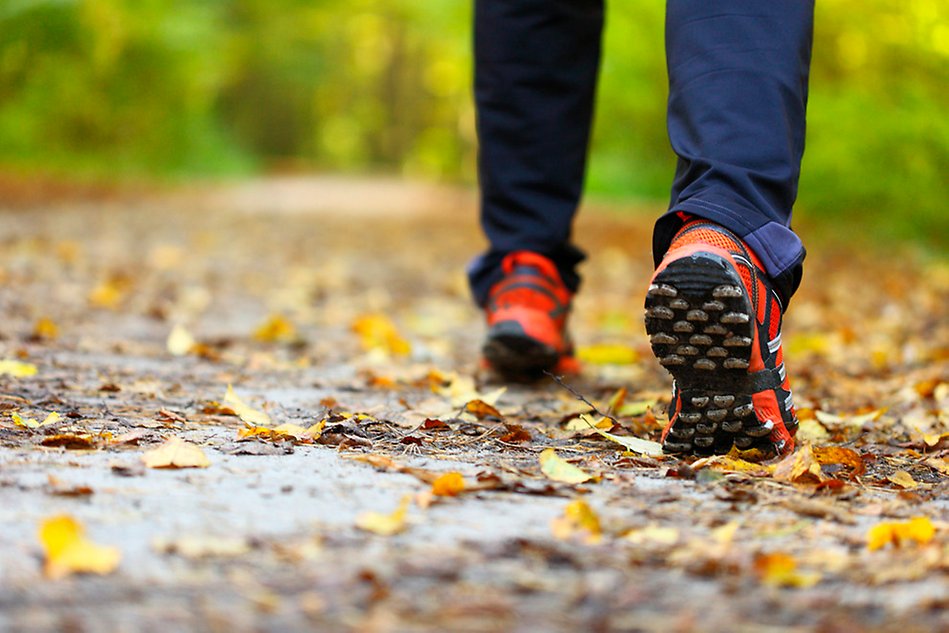 ”How we move and especially how we walk can tell us interesting things”, he says.

The study of human motion dates back to Aristotle, the ancient Greek philosopher and since then we have come a long way.

”With more advanced technology available today, we know that many of our body systems such as cardio-vascular system, neuro-physiological system and so on intimately collaborate to help us walk. In the research field, we are trying to find ways of observing and understanding the underlying mechanisms of these systems. For example, early signs of Parkinson’s disease, dementia, multiple sclerosis and other neuro-physiological disorders can potentially be detected at an early stage by continuously observing walking patterns.”

”If any or more of these body systems get affected, it would probably reflect in the way you walk.”

The manner of walking or running is called gait, and is typically analysed in gait labs. But with low-cost wearable sensors easily available today, we can finally move out of the labs and get more information in-between lab visits. Numerous algorithms have been developed in order to study and compare what healthy and pathological walking looks like. However, almost all such existing work has been done using data collected in controlled indoor experiments with pre-defined paths and walking speeds.

So when Siddhartha Khandelwal started looking into this field, he found a big issue:

”I realised there was a big paradox. Why is everybody who wants to analyse “real-world”, that is everyday life, collecting data inside a controlled laboratory? Moreover, if the whole idea behind using wearable sensors is that they can be worn and used anywhere, why don’t we just take them and go anywhere? I wanted to collect my own data and develop a robust algorithm that has the potential to be used in the people’s everyday life”, he says and emphasises:

There are three major publicly accessible gait databases. Together with associate professor, Dr. Nicholas Wickström, Siddhartha Khandelwal collected data to create a fourth database, which has been made public: MAREA, which stands for Movement Analysis in the Real-World Environments using Accelerometers (see more information about MAREA below).

”Our database MAREA is unique because it is the first that we know of, to collect data in different environments, such as indoor spaces and on a treadmill but also on outdoor streets. In fact, MAREA is the first database to collect the movements’ outdoors with multiple sensing modalities. But we also recorded walking indoors so that we can compare between different environments.”

”When you move out of the lab it is tougher to analyse the data because now suddenly things are less controlled. Different surfaces, inclinations, obstacles and so forth make the walking and running activity more dynamic. However, creating robust algorithms based on real-world scenarios is necessary in order to enable long-term and continuous gait analysis in everyday life. So we will keep populating the database with more dynamic situations”, says Siddhartha Khandelwal.

The MAREA database is also unique when it comes to the number of sensors being used to measure how people move.

”We have medical-grade inertial sensors attached to four different body positions and pressure sensors, so called Force sensitive resistors (FSR) embedded in shoes. This way the results can be compared with each other and used to verify whether what was measured is actually correct”, says Siddhartha Khandelwal.

Others can build on MAREA

The MAREA database has attracted a lot of attention since it became available in November 2016. Researchers from Australia, USA, South America and Europe are actively downloading the database. Hundreds of research papers have been published based on the information from the other gait databases – in other words there is a great interest in this field. However, the algorithms that are created based on these databases from controlled experiments don’t work well in the real-world. Most databases are also often not public, which goes opposite to the research tradition of making information public and free.

Siddhartha Khandelwal wants to make the research results from the work in Halmstad as public as possible.

”We have also made our algorithms public to enable others to build upon and develop the work from MAREA database.”

Siddhartha Khandelwal has, together with the research team in Halmstad, created a proof of concept based on their research results – a mobile digital tool that collects walking data and evaluates the quality of walking for individuals affected by injury or movement disorders.

By attaching a medical-grade sensor on one leg and a smart phone on the other, information of a person’s movement is collected and streamed to the cloud. The information is then compressed and translated to a unique pattern that shows the quality of the movement by comparing it with a “normal walking” template. The rehabilitation process can be continuously monitored via the system to see the progress in reaching better walking behaviour. The walking information can be collected in a home environment, by the patients themselves. This continuous collection of information in a real-life setting is unique and can hopefully help patients, physio therapists and doctors with a better and more informed rehabilitation process.

MAREA stands for Movement Analysis in Real-world Environments using Accelerometers. Siddhartha Khandelwal and his research colleagues have collected data and made the database publicly available for everyone. The gait and movements of 20 subjects – healthy adults (men and women) – have been recorded:

The subjects had sensors on their waist, wrist and both ankles. They also wore shoes with sensors embedded in the soles to provide ground truth values for both heel-strikes and toe-offs – the latter is more difficult to measure for a proper algorithm.

There are three other databases regarding walking and running, so called gait: