Halmstad University, in collaboration with Aalborg University in Denmark and Europa-Universität Flensburg in Germany, conducts world-leading research within the fields of heating market analysis and district heating. The project Heat Roadmap Europe, which is funded by the European Union, is coming to an end after three years of great success. During the autumn of 2019, the new EU project sEEnergies will pick up the torch and continue the work. 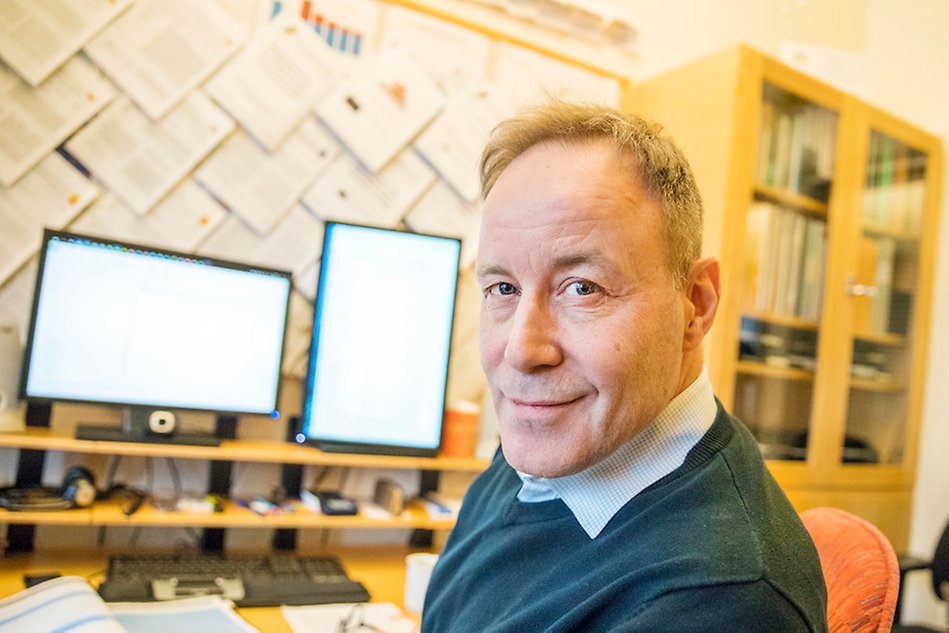 Urban Persson, senior lecturer of energy engineering at Halmstad University, is one of the forces behind the project Heat roadmap Europe.

Urban Persson, Senior Lecturer in Energy Engineering at Halmstad University, is one of the forces behind the project Heat Roadmap Europe.

”District heating is a convenient and efficient way to supply heating and hot water to buildings. In Sweden, Denmark, Finland and the Baltics, district heating systems are rather well-developed compared to other parts of Europe, where the main sources of heating are electricity and natural gas. As a result of the major environmental challenges that Europe is facing, the European Union is now looking to lower its energy use and its emission of greenhouse gases, and a viable way to do that is by an expansion of district heating systems. Already at the beginning of the project Heat Roadmap Europe, we were able to show that it would be cost efficient to triple the extent of existing systems. That would mean an increase in district heating from today’s level of 20 percent, up to as much as 60 percent in urban areas”, says Urban Persson. 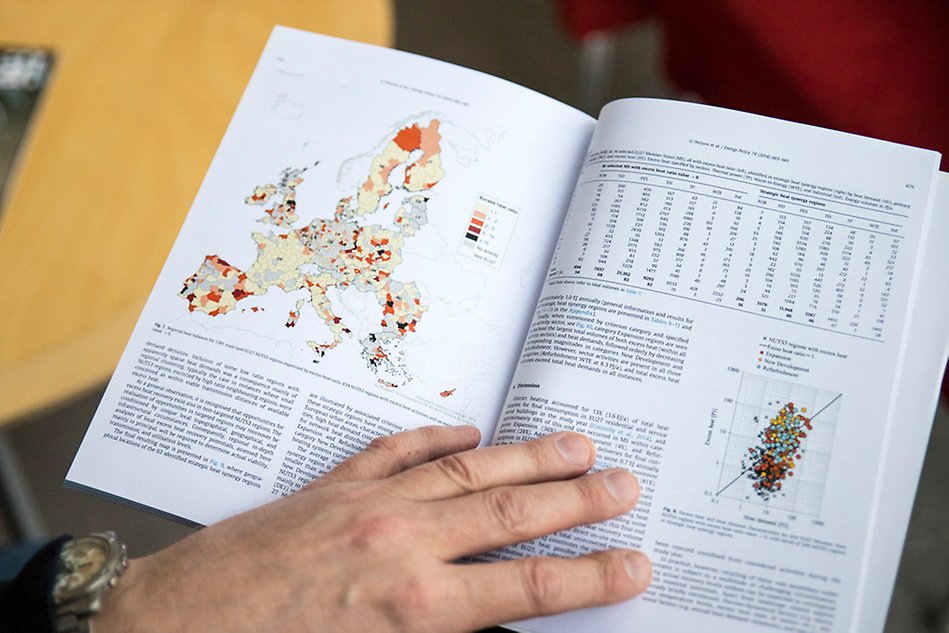 A substantial part of the project heat Roadmap Europe has come to revolve around spatial analysis and geographical information systems (GIS). Urban Persson and his fellow research colleagues have mapped EU’s land area with consideration to heat demands and supplies.

A substantial part of the project heat Roadmap Europe has come to revolve around spatial analysis and geographical information systems (GIS). Together with German scientist and expert in geographical information systems Bernd Möller, previously working at Aalborg University and currently Professor of Energy Planning at Europa-Universität in Flensburg, Urban Persson has been involved in the development of new methods for mapping and geographical analysis of the European heat market. Their joint efforts have made available new perspectives and extended knowledge on the issue, which has been a key to the success of the project Heat Roadmap Europe.

”We have mapped EU’s land area with consideration to heat demands and supplies. The geographical data has been combined with national data considering energy infrastructure, and used in an application for energy system modelling developed by Henrik Lund, Professor of Engineering at Aalborg University. The basic idea is that district heating systems, as opposed to electricity and gas systems, are local phenomena. Thus, it is only by mapping local conditions and including these in the modelling that the advantages of district heating become visible and quantifiable. The model is also temporal, with a high resolution by the hour, and combined with highly resolved spatial mapping per hectare, it provides the prerequisites for creating detailed descriptions of alternative solutions to Europe’s energy supply”, Urban Persson explains. 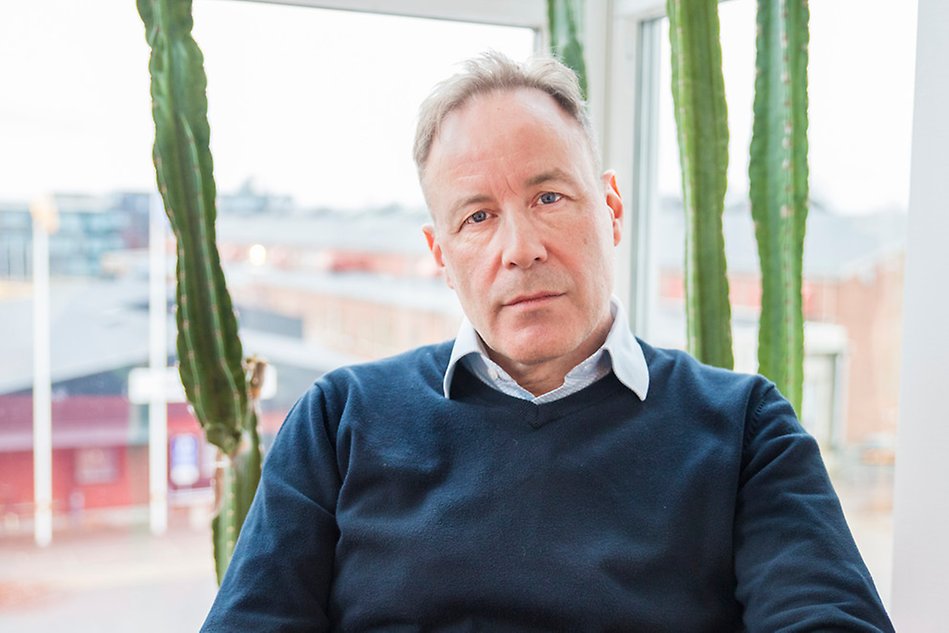 Urban Persson, senior lecturer in energy engineering and an important force for the district heating research at Halmstad University.

Finding a way to live in harmony with nature

Urban Persson has taken a winding path through life. After a suddenly interrupted academic career within the field of Social Anthropology, he spent the 1990’s working as a musician. Since almost 20 years, he is back within the world of academia, but this time as an engineer. Despite the many turns that life has taken, he still sees a common thread:

”Growing up, I was surrounded by an awareness of international relations and social injustices, and when I studied Social Anthropology at Stockholm University, I gained an interest in colonialism and industrialism, and in the relentless machine that is our civilisation. At that time, I wasn’t looking at sustainability from an energy or climate perspective, but from a social one”, he says, and continues:

”That is what makes the strive for sustainability so hopeful, that it is possible to gain insight from many different angles. It’s not necessary to look at the issues only from the perspectives of natural science or engineering. The starting point could just as well be social studies, artistic work or political engagement. Today, I come at the issue as an engineer, but the common thread is still the same; the machine has to be controlled! We have to find a way to live in harmony with nature, which basically means living in harmony with ourselves. With a growing world population combined with human nature, as it appears to be, this might seem like an impossible enigma, but I believe that it is vital that we do our best to solve it. That strive has been a part of me ever since I was young.”

It was in the 1990's, during a trip to California, that Urban Persson’s interest in energy was first sparked. During his stay, he saw a park of wind turbines for the very first time. Around this time, he also came in contact with people from Denmark, which was at the forefront of the development of alternative energy technology, and who had a more holistic approach to the energy system.

”I didn’t have any actual knowledge about energy technology at the time, but when I saw the wind turbines towering on a hill in the horizon, the sun setting behind them, I instantly understood that this was the future. It was so clear to me. It was as if a new consciousness came to life within me, and I think I can see that change in others as well. It’s almost as if a new level of awareness is about to be born, not just in us as individuals, but within the human species, and that is no small thing. We are starting to realise that we need to change our way of life, and that change is really in due time”, says Urban Persson.

International attention was drawn to the project Heat Roadmap Europe at an early stage. The pilot studies that came to create, at least partially, the foundation for the project, were noticed by the European Commission, which is the legislative body of the European Union. Part of the Energy Efficiency Directive stems from research results from one of these pilot studies. The directive came into force in 2012, and is aimed at establishing a shared framework in order to promote energy efficiency within the European Union.

”There are many different ways to calculate how densely built-up an area is. One way is by using the plot ratio, e. When using the plot ratio, you find out how much of a total land area that is covered by building area. The relation between building area and land area is referred to as e. The higher the e-value of an area, the more densely built-up it is. A city like Malmö, for instance, has an average e-value of about 0.7, while the central parts of Paris have values that surpass 2.0. District heating is best suited for densely built-up areas. In areas with an e-value of less than 0.3, it can be a challenge to achieve feasible heat distribution. These findings were part of the result of the pilot studies, and the European Commission picked up on them, which of course was very rewarding for us”, says Urban Persson. 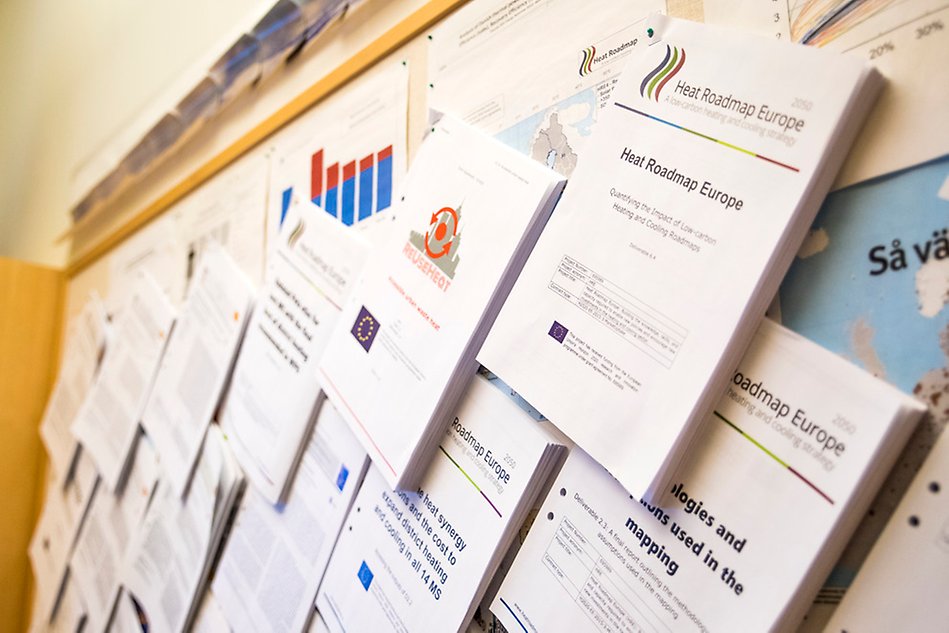 On his office wall, Urban Persson's research reports and articles are displayed in chronological order, almost like an installation over his accumulated research. ”The wall is almost full now”, he says with a smile, and continues: ”Soon, I'm going to have to find a new way to organize this.”

The EU project Heat Roadmap Europe can be described as nothing less than a success story, but the fact that the project is now coming to its end doesn’t mean that the journey is over. Urban Persson and his fellow researchers in the so called ’district heating group’ at Halmstad University have their aim set forward. Several new projects are on the blocks, one of them being the previously mentioned project sEEnergies, which will study the potential for energy efficiency in the European Union by using methods derived from the project Heat Roadmap Europe.

Urban Persson is also working together with Senior Lecturer Kristina Lygnerud and PhD student Helge Averfalk, both at Halmstad University, on the EU project ReUseHeat. Here, they examine the possibilities for EU countries to use excess heat from low temperature sources such as waste-water treatment plants, data centres and subway stations. They also evaluate market terms and business models adapted to this kind of heat reuse. The excess heat from the researched sources are geographically mapped and quantified in order to estimate its potential for use in district heating systems.

”District heating has an important role to play in the smart energy system of the future, not only to supply heat, but as a component for added flexibility and integration in the process of increasing the percentage of renewable, intermittent (uneven) production of electricity. In this regard, the field of energy system research is rich and dynamic, and there is a lot left to discover and map. It is inspiring and rewarding to be a part of an advancing research area that engages many researchers around Europe, and that revolves around some of the most central issues and challenges of our time. There are many good forces, and I believe that if we work together, we will be able to find a way of life that is more resource efficient and in that sense harmonises more with nature. I hope that the work that we do here will be a step on the way towards that”, Urban Persson concludes.

Read the article in Swedish