Couch potatoes and flying pigs! New book on sayings and other standard phrases

Idiomatic expressions make our language richer and, furthermore, are great exercise for the brain. Monica Karlsson, Senior Lecturer in English at Halmstad University, researches fixed phrases. In her new book, published by an international, British publisher, she describes her research.

”Working with idiomatic expressions in the classroom is exercise for the brain. And activities involving the brain are important for us in order to live longer and feel good.” 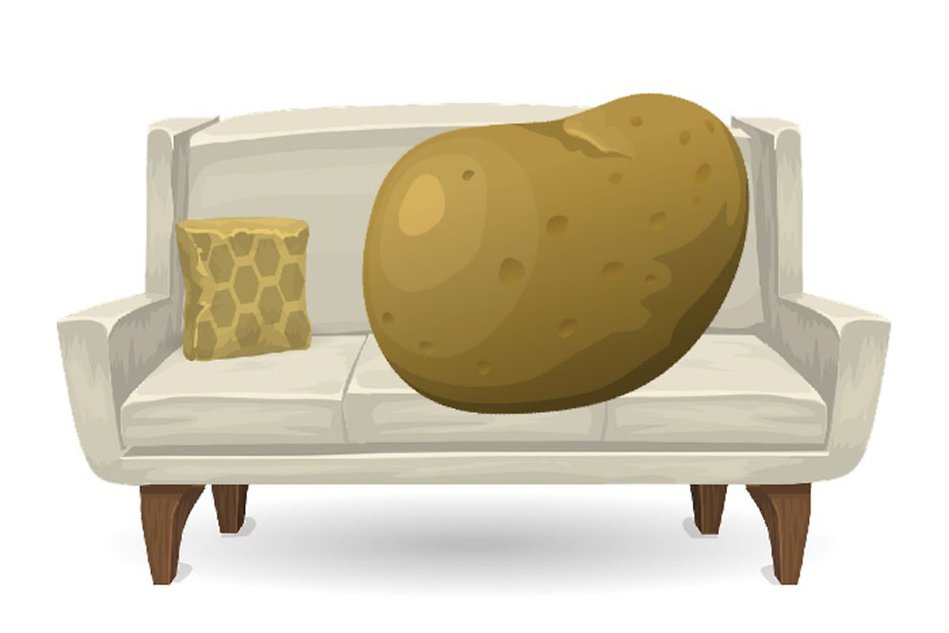 Idiomatic expressions are sayings or fixed phrases where their meaning is not obvious from the words used. Examples of Swedish expressions translated into English are e.g. 'have pure flour in the bag' and 'do someone a bear service' (see the fact box for explanation of the different expressions).

List of expressions used in the text (and their meanings)

'couch potato' – ’soffpotatis’, someone who spends most of their time watching television and does not exercise or have any interesting hobbies

’do someone a bear service’ (directly from Swedish) – ‘göra någon en björntjänst’, to do somebody a disservice

’have pure flour in the bag’ (directly from Swedish) – ‘ha rent mjöl i påsen’ , to be honest /respected, no past scandals

'look like something the cat dragged in' – 'se ut som sju svåra år’, to not look your best

'mum's the word' - keep quite, say nothing

'play gooseberry' – ‘femte hjulet under vagnen’, to be an unwanted third person who is present with two other people, especially two people having a romantic relationship

'when pigs fly' – that something will never happen

Idiomatic expressions are a rather neglected area in teaching, both in Swedish as a first language and English as a second language, says Monica Karlsson, whose new book is called Idiomatic Mastery in a First and Second language.

Good exercise for the brain

“Idiomatic expressions enrich the language, and the interest in the expressions is so much more than just something linguistic”, says Monica Karlsson. 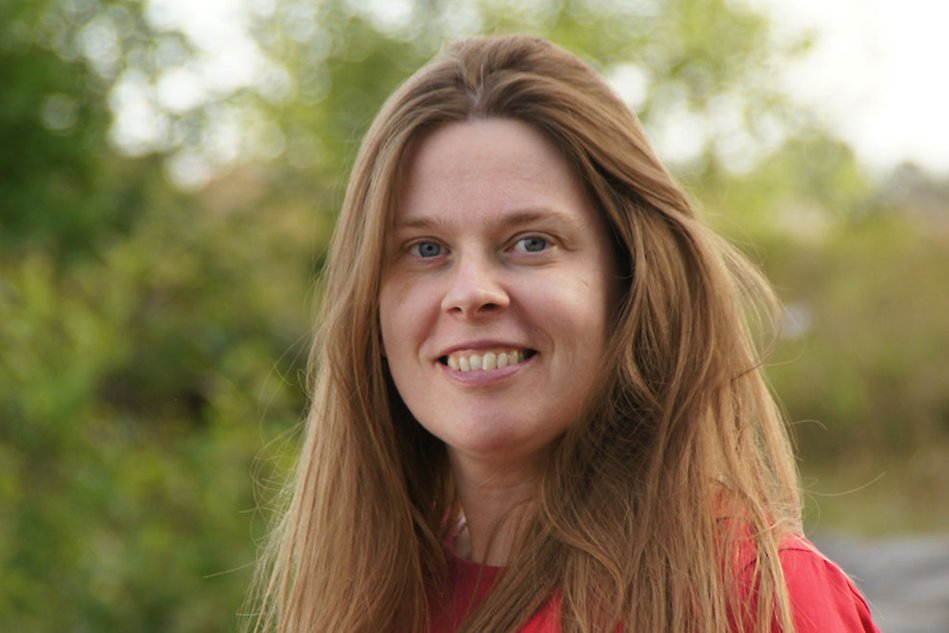 Monica Karlsson is a senior lecturer in English at Halmstad University.

“The brain benefits from idiomatic expressions. Studies show that a larger part of the brain is active when tightly knit units of words are interpreted as compared to individual words. Since the expressions consist of a series of words that form a whole new meaning, the brain must work harder. Different parts of the brain then become more active and connect with each other. Working with idiomatic expressions in the classroom is exercise for the brain. And activities involving the brain are important for us in order to live longer and feel good.”

Monica Karlsson describes in her book how children, youngsters and, predominately, young adults understand, memorise and use idiomatic expressions in several different ways. She has compared students' understanding of idiomatic expressions both in their first language and in their second language – for example, English's 'when pigs fly', 'have bats in the belfry' and 'mum's the word'.

“It appears quite clearly, which is rather obvious, that the pupils have a poorer understanding in their second language. It can be seen that they are very dependent upon the context in both languages. If the context is omitted, the expressions become much more difficult to understand.”

Certain expressions are easier to figure out. 'Look like something the cat dragged in' i.e. that you do not look at your best that particular day, is something that can be figured out. However, it is quite impossible to guess what 'play gooseberry' means, i.e. to feel superfluous.

Monica Karlsson continues, “Children and adolescents know and use fewer idiomatic expressions today than 10 years ago, however young people create their own expressions, for example, when playing computer games, in social media and via inspiration from different series.”

“They are also good for the brain, but their own expressions lead to a different kind of activity than when you interpret expressions that already exist. Furthermore, the established expressions are used in newspapers and books and are, therefore, important to know to be able to absorb information.”

Monica Karlsson examines different visualisation methods, and combinations of methods, in teaching. She investigates how these can strengthen students and their understanding, memorisation and production of idiomatic expressions in English as a second language.

“Among other things, I use illustrations in picture books and scenes from the TV comedy series Big Bang Theory.”

Monica Karlsson believes that through images, idioms can be displayed in several different ways, but not all of them work so well. One example is the expression 'couch potato'.

Monica Karlsson has tested the TV series Big Bang Theory on student teachers. It turns out that in relatively long scenes, where all clues are present, the method works well for understanding and learning idiomatic expressions.

Therefore, these methods can work well in teaching i.e.TV series for young people and the adults, and pictures /images for children at primary and lower secondary school level.

"It works well to use images from approx. third grade onwards. Children younger than 6–7 often interpret images in a more literal way depending upon their cognitive level. 7–8 year-olds can understand that a picture of cats and dogs falling from the sky should not be interpreted literally. A slightly older child can also interpret the image of an expression; that ’raining cats and dogs’ refers to the fact that it is raining a lot."

Another visualisation method that Monica Karlsson has investigated is etymological explanations, i.e. historical explanations why the idiomatic expression looks the way it does. This type of visualisation serves as a very good memory aid. One example is 'bell the cat', to do something dangerous in order to help somebody else.

"The idiom comes from an old story. A family of mice could not get food because they feared the cat. The mice decided that if they could tie a bell around the cat’s neck, they would know where the cat was at all times. Everyone thought it was a great idea, until one mouse asked: ’Who will bell the cat?' "

Why are certain expressions forgotten?

Despite various techniques for learning and remembering, many expressions are misunderstood, not understood at all – or simply forgotten. What happens in the brain when you forget? asks Monica Karlsson.

It is also a common phenomenon that students make mistakes regarding interpretations between their first and second languages.

“The term 'paint the town red' (i.e. to engage in a wild night out) means that many Swedish students think of the Swedish expression 'måla fan på väggen' i.e. (make something worse than it is) – because both expressions contain the word paint. However, this is a wrong interpretation.”

Other errors that are common are mixing together sounds, as they are stored in the same place in the brain, for example, 'paint the town red' can easily become 'paint the tower red'.

“One common mistake in Swedish is to believe that the expression 'göra någon en björntjänst' is about helping someone in a positive way. However, the expression means quite the contrary i.e. do someone a disservice.” 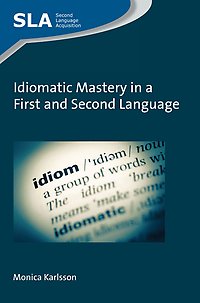 “In a scene in the American TV series Big Bang Theory, the character Penny has been out with a male friend one evening, but is already home at eight. Her friend Howard commented that they must have 'painted the town beige', that is to say: no fun was had at all, instead of 'paint the town red', which indicates that you have had a great time."

In other words, the manipulated idiom totally alters the significance of the original idiom (In this case, from a great night out to a sad evening out).

Furthermore, it turns out that second language learners that Monica Karlsson has spoken to are not so good at understanding such manipulated expressions and the students do not understand, or misunderstand, them.

“This means that they also miss the relevance in headings and contexts in texts, articles and books. When I talk to the students, they do not know at all what manipulated expressions imply. I consider that these must be part of structured teaching as it leads to so much more than the understanding of the expressions themselves.”

”The brain benefits from idiomatic expressions. Studies show that a larger part of the brain is active when tightly knit units of words are interpreted as compared to individual words.”

When the students use the expressions in their own texts, they are happy to use the ones that they are familiar with.

“Idiomatic expressions are so difficult that when the students produce a text that contains a number of expressions. they prefer to use their so-called ‘idiomatic security blankets’, even though they have actually learned other, new, expressions. Their stories are then very conditional and limited to the expressions they knew from the beginning”, says Monica Karlsson.

More about the book

Idiomatic Mastery in a First and Second Language by Monica Karlsson is published by the British publisher Multilingual Matters, with an international audience.

The book’s target group is researchers, teachers and student teachers who are interested in figurative language and how to approach idiomatic expressions in a teaching situation.

The book is based on the author’s research and on studies in which she has tested students at secondary and upper secondary level, and student teachers at university level.

About Monica Karlsson's inspiration for the book

It Takes a Village to Write a Book: Mastering Idiomatic Expressions