Yesterday was the starting point of Halmstad University’s 40th anniversary, with cake, golden confetti, looking back and to the future. Many students and employees gathered in the S building to inaugurate the anniversary, which will take place throughout the year.

“As a 40 years young University, we want to challenge traditions and renew the academic approach, to remain relevant and attractive to students, partners and the society.”

“We have made a great career. A lot has happened at Halmstad University in 40 years. We only had a few programmes and courses, 540 students and about 60 employees when we started. Today we are a flourishing national and international institution with 12 000 students with employees and students from all over the world. We have a range of different programmes and important research at the forefront”, said Vice-Chancellor, Stephen Hwang. 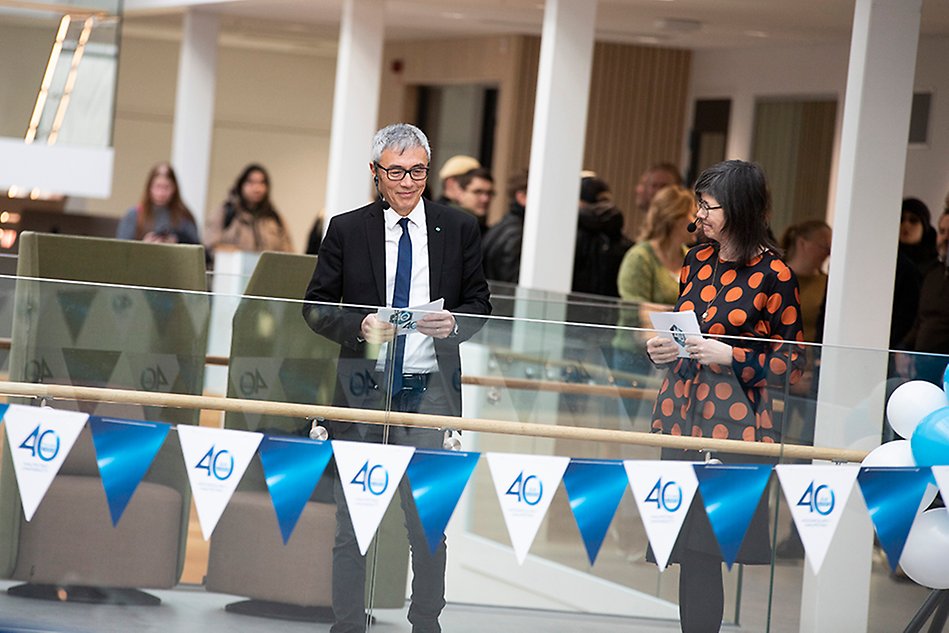 The anniversary is celebrated all year

Many, both employees and students, came to the S building to take part of the inauguration mingle, surrounded with flags, balloons, and anniversary decorations. Event-coordinator Sofia Ryan Hägerling talked about how the anniversary will be celebrated during the year:

“As a 40 years young University, we want to challenge traditions and renew the academic approach, to remain relevant and attractive to students, partners and the society. We want to be an exciting venue for students, employees with different nationalities, subjects, cultures and knowledge”, Vice-Chancellor Stephen Hwang explained.

Also the President of the Student Union was present to congratulate the University. The Student Union also celebrates 40 years and will start their celebration in August.

”We plan on kickstarting our celebration in August with the best Fresher’s week ever and invite all our members to a party”, said the President of the Student Union, Johanna Sjögren Eliasson.

After a round of cheers, followed by a rain of confetti, everyone was served anniversary cake and continued mingling. The anniversary decorations in the ceiling, on the walls and floors remains on campus throughout the year. Amongst other things, there is an opportunity to follow the University’s history in the form of a timeline, that dates back to the official start year, 1983, in different buildings on campus. 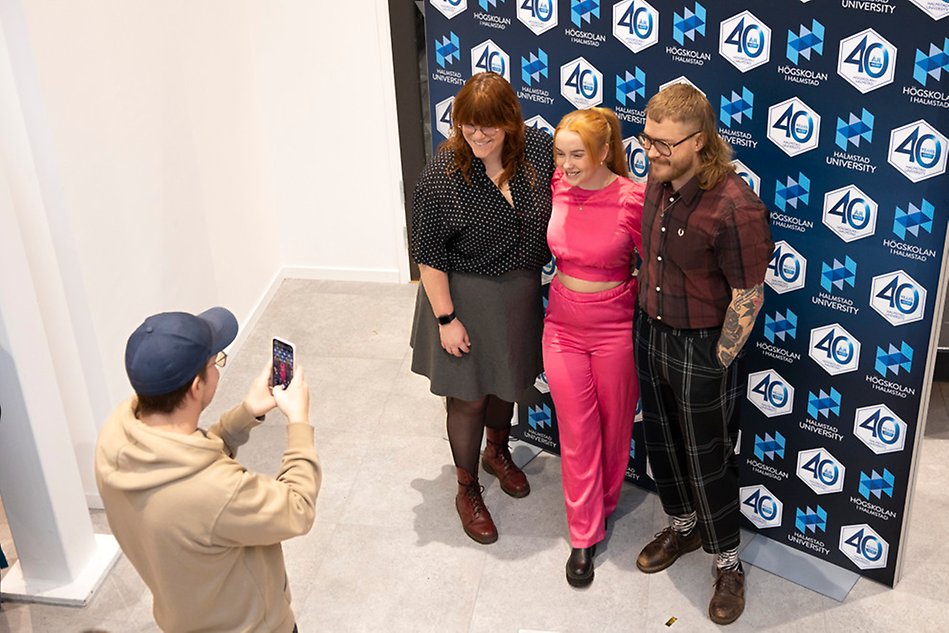